The last page of 2012 is complete. Like many, I reflected on the year that was and have set goals for the new year. We have a fresh page in a new book to begin writing our story. I love clean slates!!

and then there are those goals of better health:

I was having trouble coming up with my 2013 theme statement---until now! More quality, less quantity. That pretty much sums it all up!!

January 1st started out well. Really well. Time rowing on the machine. A good breakfast—homemade yogurt and blueberries! Time in the Word. A little journaling. Time with my sketchbook. And time doing some food prep to SIMPLIFY my meals for the rest of the week.

I took some time going through some magazines (Cooking Light, Eating Well and Food & Wine), a few of my favorite cookbooks, and a few cooking websites. I then made a quick meal plan for the week. The trick was to find recipes with similar ingredient lists that still offered variety. Here are this week’s meals:

There are some common ingredients for several of these recipes. So yesterday afternoon, I went into my clean kitchen (that felt good!) and got busy.

First I got out the cutting board, my chef’s knife and a few food storage bowls. I gathered my ingredients, put on my apron, and… 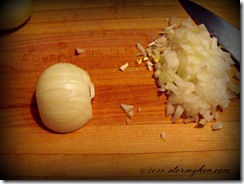 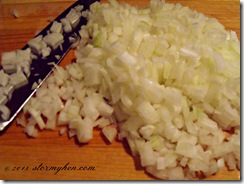 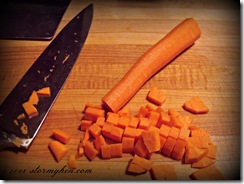 a few carrots and some celery….oops! forgot to take pictures of the celery, but you know what that looks like! ;-)

Once I was finished chopping the veggies and putting them in their individual storage bowls, I moved on to… 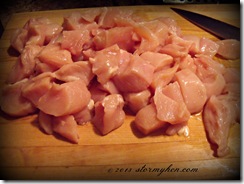 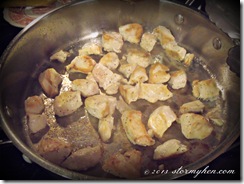 One portion was lightly seasoned and browned in coconut oil. Once those were finished, I put them into a storage bowl and into the fridge.The remaining chicken was lightly floured and seasoned. Then into the same pan. 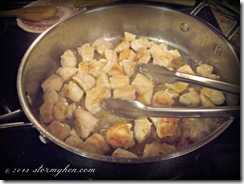 Yes, I know they look the same. But trust me—the second picture shows chicken that has been lightly floured….Although honestly, I could have probably skipped the flour for this recipe.

Once these were almost done, I added some buffalo wing sauce to the pan and coated all the chicken pieces and cooked for another minute or two, until the chicken was cooked through.

Then onto the serving dish… 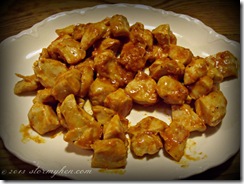 Let me backup a moment….I almost forgot. While I was cooking the chicken, I also had this on the stove…. 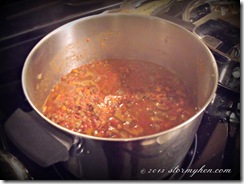 Bolognese Sauce….kind of following the recipe linked above. It is truly a rare day that you find me following a recipe exactly as written. In this case I used some tomatoes from the freezer (from past summer’s garden) and ground venison. I also skipped the nutmeg…which was really just my forgetfulness.

I washed several heads of Romaine lettuce and gave it some spins in the salad spinner….we eats lots of salads around here. So there is almost always washed lettuce in the fridge.

Now I have the chicken, the sauce, plus the remaining chopped veggies in the fridge for quick meals for the next few days….including those Buffalo Chicken bites that were placed on that serving dish that were SUPPOSED to be last nights dinner. Today I will boil some eggs for that cobb salad plus a few extras. When we have the Pasta Bolognese, I will have to cook some pasta. And obviously, I’ll have to cook on “salmon night”---but that is a quick and very easy meal! But most of my cooking for the week---and the major cleanup--- is done!

Note: The Chile Rellenos Casserole will wait until next week. I no longer need that meal and the Buffalo chicken is in the fridge….

Because…just as I finished taking the photo of the Buffalo chicken. The phone rang. It was my husband’s cell phone. I thought he was in his workshop and was just being lazy. It turned out that he had walked across the street to thank our neighbor for moving the mountains of snow that were blocking our view when trying to pull out of our drive. It has snowed a few more times since I took this picture…and the pile had become a small mountain!

Anyway, he tells me to grab a glass of wine and walk over. I did a quick check to make sure the stove was off and covered the chicken and put everything in the fridge. (Good thing!) So I grab the rest of the bottle of wine that I had opened for the Bolognese….put on my boots, coat and gloves and headed across the street for “a few minutes”. Long story short….after a few minutes of visiting with the neighbors and some of their family members, we got up to say our goodbyes since it was obvious that they were about to sit down to dinner. (I love that their extended family members that live nearby still gather quite often to eat a family dinner!!!)They were having no part of our leaving!!! Before I knew what hit me, I was sitting down to baked ham, green beans, scalloped potatoes, coleslaw, and dinner rolls (made by a local Amish lady!!). So much for that “diet”. But that is not all…nope! For the finale, a beautiful strawberry shortcake w/ whipped cream was placed in front of me.  ♪♫Heaven. I’m in heaven…♫♪